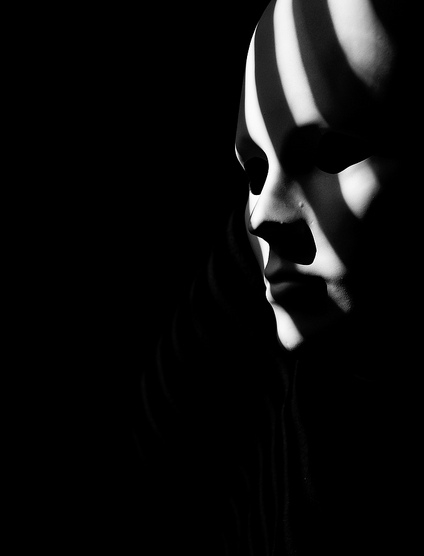 There seem to be things that people are more willing to reveal only when hidden behind the mask of animosity. We don’t want the consequences of having a particular idea or opinion associated with our social identity. Without the fear of judgment we might also feel more free to act out behaviour which we would normally hold back because it is not generally accepted. Selfishness, aggression and desire for dishonesty. These are all attributes that come along with being human yet in society we suppress them in order to be accepted by our peers. When we feel our identity is obscured and the statements we make won’t go down on our permanent record we may be more inclined to be honest. Another fact is that when we wear a mask dishonesty can be very alluring. As there is nothing to contradict the lies we tell about ourselves it can become increasingly tempting to either loosely interpret the truth or straight out lie in order to reinvent ourselves either partly or completely. But since dishonesty is indeed a natural instinct which we normally suppress in order to fit in, could it not be considered an expression of truth?

Having examined people as a hobby for quite some time, I always thought that a lie tells me so much more about a person than the ten truths he just told. Behind our fictionalized words are our desires, fears, vulnerabilities and hopes. When wearing a mask I think this is as true as ever. It might be harder for the audience to detect the lies told but whether they are aware or not these falsehoods are a rich web telling a profound story of the person spinning the lies.

So what do you think? Is the Internet filled with more lies or more truths?

Ranked PvP and why Bioware needs it