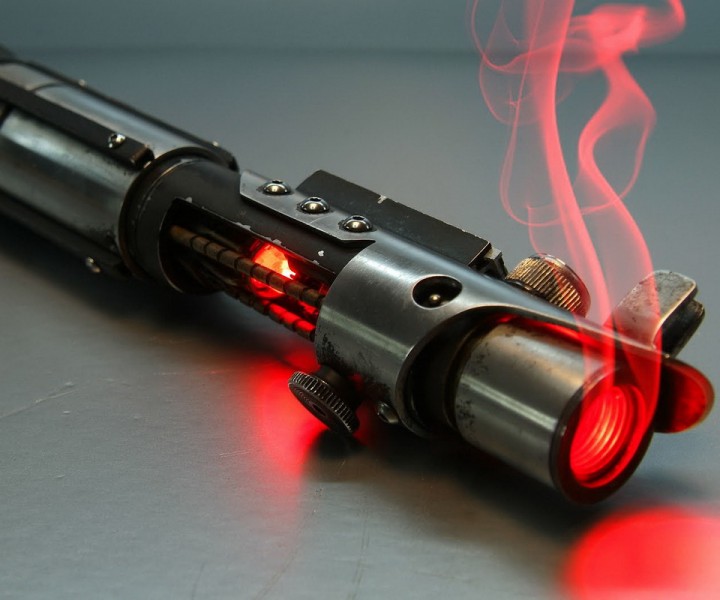 First we need to figure out what the lightsaber is made of as well as the components and the energy that drives it. The movies so far haven’t revealed much in how lightsabers work (but as mentioned above) there is plenty of material from the extended Star Wars universe to look through. The lightsaber has gone through quite an evolution since the first material which goes back to about 25 000 years before the battle of Yavin. The protosaber, a primitive form which had a belt mounted power supply, gives a unique insight in the ways lightsabers have evolved. The “modern” lightsaber was designed by the Sith, they exchanged the belt mounted power supply with a power cell within the hilt. As a result all components needed for a lightsaber to function are contained in the hilt- the meat of the weapon. Here all the physics, or perhaps magic happens. It contains the power cells and various other components you can see in the picture below. Lastly we have the most recognized part; the blade of the weapon.

The power cells energy was directed through a series of focusing lenses and energizers that converted the energy into plasma. It also had one or more crystals that gave certain qualities, such as color for an example. There are other qualities than color as well and I’m sure any Star Wars lore enthusiasts out there can expand on the certain qualities of the different crystals.

When I read up on some of the crystals it said that the Sith preferred their synthetic crystals to the other natural ones since they were slightly more powerful. Which made me think that it would be easy in an advanced galaxy that is the Star Wars universe to measure this, and if this is not the case, why has no one ever thought about boosting the energy output for a stronger blade? That would give a massive advantage over other lightsaber wielders. For those who managed to watch The Phantom Menace all through to the end will remember the fight between Qui-Gon Jinn, Obi-Wan Kenobi and Darth Maul. When they got to those red force fields the lightsabers couldn’t penetrate them. This means that it exerted an equal or greater force on the lightsaber, same as with lightsaber on lightsaber. Why not just add a third, fourth or fifteenth power cell and make your lightsaber superior? Is this a big logical flaw? Maybe this is rationalized somewhere in the lore. Feel free to leave your thoughts on this in the comments below.

Some people think of the lightsaber as a weapon that contains some sort of laser. The word “lasersword” comes to mind. It makes sense right? We know lasers are powerful and can cut through steel like its butter. We also know that lasers come in different colors similar to the ones we’ve seen on the screen. There’s an inherent problem with that. Lasers or “Light Amplification by Stimulated Emission of Radiation” (sounds sexy, right?) is basically particles of light that are forced to march in step as the acronym shows. The more energy you pump into them the stronger they become. So in theory there’s no limit to how powerful a laser lightsaber can be.

In some ways a laser would fit with our description of a lightsaber since lasers also need focusing mirrors (and some lasers even use crystals) but other than that it fall short. If you go out on a dark night with a flashlight and point it in a random direction the light emitted from your flashlight will never just stop midair. Those photons will go on indefinitely or until it hits an object it bounces off of or is absorbed. This applies to lasers as well. If you had a laser lightsaber there’s no current way to “stop” the beam at a certain length. It will go on and if powerful enough cut through everything in its path. That seems like a problem, right? There is research being done that exploits the laws of quantum mechanics and relativity to stop light for a short amount of time, and without digging too much into this it still won’t be practical as it’s a temporary effect .

The other problem with lasers is that “light” or photons have no mass. They can’t become a solid. If you cross two beams of light they won’t collide, they’ll just cross each other and go on cutting through whatever it comes across. So in conclusion a laser lightsaber couldn’t work, but in my description of the power cell in the hilt I mentioned plasma. Could that be the solution?

Plasma is the fourth state of matter. We’re all familiar with the other three, solids, liquids and gasses. We’re around them every day. But we see plasma every day as well. The sun and the stars are big balls of plasma, lightning is trails of plasma and your TV might contain plasma. In short plasma is superhot ionized gas, which means the gas gets so hot and/or so energized that the electrons lose the bond to their atom making the gas highly conductive. It’s quite easy to make hot plasma that can burn through materials. Plasma torches only need oxygen and electricity to cut through steel. So far it looks promising, there’s an abundance of oxygen around us, and the power cell or a battery would provide the charge needed to ionize it. Now we only need a speaker within the hilt that on activation will make the classic lightsaber sound and we’re done, right?

No it’s not that easy. There are several issues with a plasma lightsaber. We could look at the temperature first (which would also be a problem in the laser and in fact make the laser lightsaber into a plasma lightsaber!). To cut through anything you would need to have a temperature of about 6500°C. Good luck holding that for long! But let’s say that with some awesome cooling systems and heat resistant materials it wouldn’t be a problem, you would still have uncontrollable plasma spewing out from the hilt.

Plasma is highly conductive as I said earlier and thanks to Maxwell’s laws of electromagnetism we know that we can control the shape of the plasma with a magnetic field, just like the earth’s magnetic field protects us from solar winds (you guessed it, that’s also plasma!). Scientists in France are actually trying to create nuclear fusion the way the sun does it by heating up plasma in a vacuum to 150 000 000°C. No container can contain that heat without melting so they do it with an electromagnetic field. So in theory you could shape your plasma lightsaber into a blade. So let’s say that’s no problem; it could be done. But you still have plasma, which as the laser won’t collide but go through each other. That is if you can’t separate the negatively charged particles with the positively charged particles.

The other problem, one which you would have in the laser as well, is the issue with power. Sadly we don’t have the power cell technology from the Star Wars universe. This is why I earlier mentioned the belt mounted power supply on the protosaber. The energy needed to power something so powerful would either need a cord for its power supply, a generator or big battery of some sort. Not something handheld in other words. To make the lightsaber powerful enough you’d need something like 15 MW of energy, in other words enough energy to power a small town. Yeah…

So is it possible in the natural world of science to replicate this piece of weaponry? Is there any hope of ever having your own personal lightsaber? The theoretical physicist Michio Kaku in his book Physics of the impossible talks briefly about this. He believes it might be possible that in this century we will have advanced far enough with our nanotechnology to make big advances in batteries. He suggests using a telescopic heat resistant ceramic rod as a blade. This would allow us to wield the power of plasma. If these are the solutions, then it is in fact possible to make a lightsaber that won’t violate any laws of physics. This will definitely take Jediism to a whole new level! 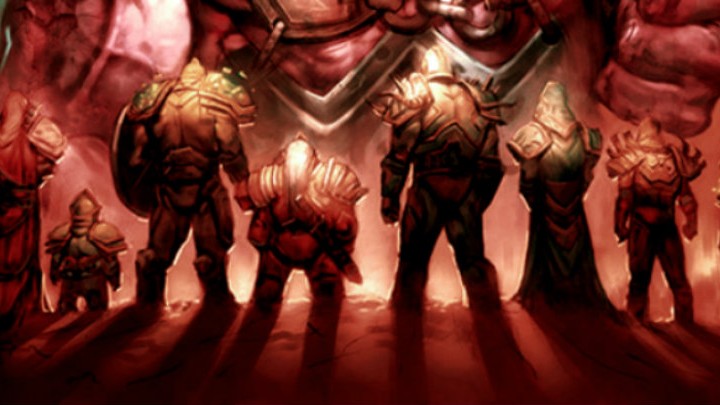 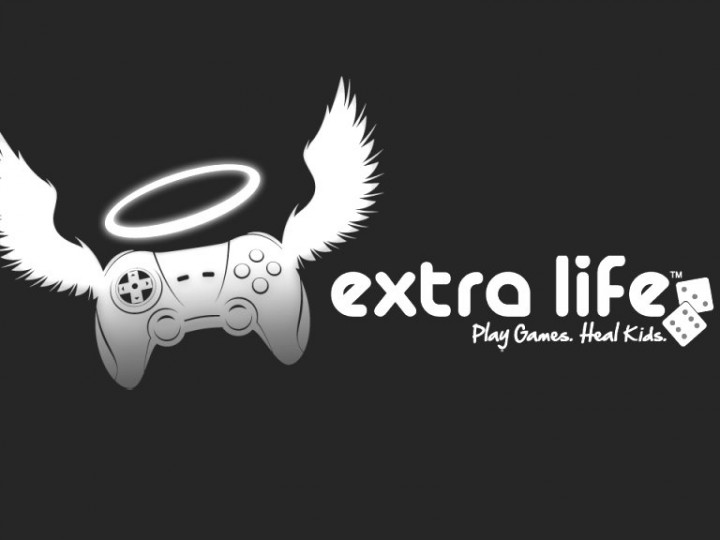