1
This is part one of my “Team Ranked in SWTOR: Player Perspective and Insights” series of articles. The content of this series is divided into five parts which will be released successively over the next few weeks leading up to the start of season 7. Thank you to all of the players interviewed (full list in the link above) and to all of the streamers who have unknowingly helped me write this article.

Setup and Strategy:
In accordance to patch 4.0.3

Like chess, team ranked is about being proactive in the sense that you need to be predicting the behaviour of your opponent. Unlike chess you have a split second to make a judgment call and all you have to guide you are cues such as cooldowns on breakers, defensive abilities and the enemy team’s stuns etc.  New teams tend to be reactive by nature but the truly successful teams are proactive by choice. These players don’t just have good reflexes which help them quickly react. They also have enough experience to alert them to possible upcoming dangers and opportunities. The less experienced players will see the vast amount of abilities that can be used at any given time as overwhelming but as you encounter these situations again and again it becomes clear that the amount of effective moves at any specific moment are quite limited. This allows the players to be more extrapolative in their playstyle and their choices can be made more decisively even under pressure.

Understanding your composition
Understanding the strengths and the weaknesses of your own composition is one of the first things you need to focus on no matter what setup you choose. This is something Morvin from the <FOXHOUND> ranked team emphasizes in his interview with me.

“For every comp you try out you need to look at the classes and specs carefully. There are certain things your class can do that other classes cannot and you need to take full advantage of that. Sometimes especially new players will be playing two different comps the same way, using the same strategy. A good team will always take advantage of everything a class or spec has to offer. Let’s say you first play a PT but decide to swap it out for an operative. Ask yourself what does the operative have that the PT didn’t? He has the flashbang, he has offheals, hots and he has a shorter cooldown on stun. If you’re not going to be using that, then there’s no point in playing with that comp. Simply put, your strategy needs to be built around your composition.” – Morvin

To have a look at an example, in my interview with Dakaru and Zherio from <Auspicious> ranked team they told me about the strengths and the weaknesses of their specific setup.

“Right now we have a sentinel DPS, a vanguard DPS, a sage healer and a vanguard tank. One of it’s biggest strengths is probably the double carbonize which is a huge thing. There’s also some quick burst with the sentinel and the vanguard but both of them have decent sustained damage when the burst window isn’t exactly up, that’s another strength. There are some weaknesses of course. After transcendence you have to wait for the 30 seconds cooldown which can be a mobility issue for sentinels, especially if they’re playing against a vanguard tank with oil slick or a sniper which can be fairly annoying for a sentinel with roots.” – Zherio

Another example would be Vara’s team from the guild <The Squirtle Squad>.  Vara’s team found an answer to how to counter the PT teams on Harbinger through using the unique advantages of their setup.

“For us specifically we decided we wanted to focus on mezzing the healer. For a while previous to 4.0 the strongest comps revolved around powertechs. We wanted to try something new and it ended up being very successful. What we do is that we rotate all our mezzes on the healer. It starts with our tank, our sin going in and sapping the healer and from there we rotate the snipers flashbang the marauders awe and I take insta whirlwind on my sorc heal. So we just constantly rotate all of them on the healer. The strength of our comp is the four mezzes.” – Vara

Survival of the fittest
The nature of the competitive environment in SWTOR means that natural selection will favour the team of players with the best ability to adapt to new classes and strategies. Since so few teams are in queue at any given time it becomes increasingly easy for a team to switch to a setup that might be vulnerable to other common comps but counters your specific setup really well. Therefor, players who are competent on as many classes as possible grants a vast advantage.

“One side effect of playing a small game such as SWTOR is that someone will inevitably counter your setup if it is successful. The truly successful teams are willing and able to play a variety of setups if the situation calls for it.” – Jaq’n

Setups
It is clear to anyone who has watched team ranked streams from NA and EU servers that these two fragmented parts of the SWTOR playerbase have chosen slightly different ways of interpreting the current meta. This becomes very clear from my interviews. By asking the players what they consider being the flavour of the month composition for Team Ranked I got oddly varying and even contradicting answers. Whilst all players unanimously agree on sorc healer being FOTM the rest is up for discussion. NA players currently favour the sin tank. EU players on the other hand think of the sin tank as a viable option but they would never call it FOTM as they would rather give that title to the PT tank. Whilst NA players see sorc heals, sin tank, marksman sniper and carnage mara as a perfectly viable nomination for the FOTM label, EU players would argue that the prize should always go to a team with double carbo and maybe a carnage mara or madness sorc. This is what is interesting about these very small pools of players spread out across the servers. There seem to be a few dominating teams who dictate the way other players interpret the current meta. If one team on a server is successful with an unorthodox setup it suddenly becomes the new best thing that everyone will attempt to somehow adapt into their own team. Every player I’ve asked what the FOTM setup is has answered me with the setup of a team they’ve seen be successful on their server. The only explanation for the differences between NA and EU servers is that these players are parts of segmented player pools who rarely interact and play against each other. If they do play against each other then latency gets in the way of determining what really is the current meta for Team Ranked. If the player pool were larger then more players would try new, different things. Strategies and setups that no one had thought of could turn out to be viable.

What does this teach us? Keep theorycrafting. If you don’t like what your server has dictated as the currently superior setup then keep testing new things. Preseason is the perfect time to do this. If however you are new to team ranked I would advise sticking to one of more tested strategies such as triple PT or a double PT pressure team for an example. More on this later. For now let’s acknowledge the most obvious trend in the current meta to be teams with a double carbonize.

Advice for facing double carbo
Facing a double carbonize team can be an overwhelming business for new and experienced players alike. During my interviews I’ve asked all players what their advice is for facing a team with double carbo. Below I have compiled a list of advice and things to be aware of from the information I’ve accumulated in these interviews.

If you have any questions, suggestions or tips feel free to express them below. Next up we will be looking at “Healing, tanking and dealing damage in Team Ranked”. 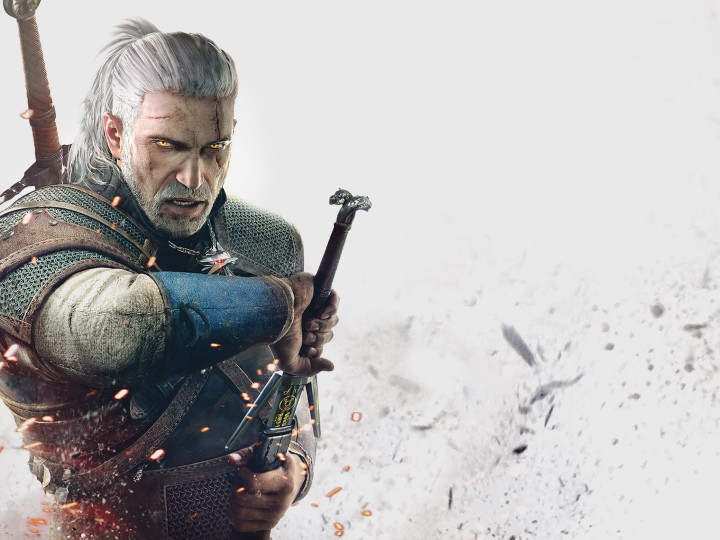 Parasocial relationships and the future of Gamers Decrypted