Assuming you’ve read the interviews (or that you are uninterested in doing so) I will jump straight to my analysis. The first thing that strikes me is that I can’t help but feel both leaders could’ve seriously used a personal PR agent to better understand how to communicate and represent themselves to the population of players around them and in some cases even to their own guild (yes, that means to you Rummel!).

Interestingly enough RC actually had a PR officer. (I think it’s an amazing idea for any guild actually!) In this guild the communication from RC to the public wasn’t as much the concern. It was more so the communication within it. One of RC’s problems was the size of the guild. The GM (who’s personality speaks of inconsistency) was not able to take everything upon himself and needed help from officers. The lack of a clear hierarchy in the guild has time and time again shown itself in the “dramaheavy” history of RC. Though a leader like Rummel thrives when it comes to connecting to individuals and rallying an army up under his name his perseverance fell short and he was quickly drained by his own leadership role. He is excellent in his ability to create a vision, something that many might not recognise for one simple reason; his inability to express himself to others. The execution of this vision is also often lacking, again due to the lack of consistency which was clear from the number of times he left the game when the running of the guild and the drama in it drained him too much. Because of this a group of other players had to be involved to keep RC afloat. This will result in confusion as to who is in charge, especially in a large guild like RC. Others who have contributed will start feeling more and more entitled which will add to the appearance of disorder even more. This said, Rummel’s ability to stay emotionally detached and keep a cool head is a very important quality for any leader. It’s something that might however be less appreciated by the people around him in a casual setting like SWTOR than it would have been in a professional environment.

In ND on the other hand there was a very clear hierarchy. Someone could here argue that the reason this was manageable was because ND was much smaller in size. Smaller groups of people = less drama in general. Dakaru was obviously very close with his own. He also had more perseverance in general. Dakaru however does seem to have struggled with the appearance of the guild from the outside. From the interview we know that ND were name called a lot, something Dakaru expressed displeasure over. Often they had no one to play against because the other teams on the server wouldn’t go up against them. When asked if ND felt pressured or bullied into the agreement limiting the number of smash sentinels they were allowed to use in ranked Dakaru tells me they were happy to comply because it would mean it might even the gaps and encourage more people play against them, which was what they wanted. So, if this is true there has obviously been some kind of miscommunication or misrepresentation of the guild to the public. It’s clear that the community did not see ND as the friendly bunch of players who were happy to sacrifice their composition for the good of the server. They were seen as a team of pricks who took deep satisfaction and pleasure out of being the best and trash talking the rest. Why? Maybe because of some of the slightly immature forum posts I’ve been reading up on. I wont quote them back since it was indeed some time ago and the people involved might have grown more mature, we can always hope! Either way I’m pretty sure that the message “Hey guys, we just want to play nice games with you…” got lost in translation sometimes. Of course it’s perfectly alright for a guild to choose this kind of approach to public relations but yes, there are quite natural consequences. This lack of awareness in how to communicate with the player base around them resulted in not many wanting to play ranked against ND because they didn’t want to be trash talked in the forums or on the stream while they were still learning.

It’s worth mentioning here that the forum activity and the trash talking there is unfortunately something we can’t draw too close a comparison to leadership IRL. It is heavily effected by The Online Disinhibition Effect which makes us say and do things online that we would not in real life. I doubt that Glory IRL would walk up to Nysha and suggest a new, more varied diet than Gosia’s genitals (although I’m sure someone will insist I’m wrong here). Very immature things are said by both guilds on the forums. I don’t think there’s any parallel to draw to real life here. Communication from leaders or from others in real life would not happen the same way. Shame. I so love my far fetched connections between online gaming and real life! Maybe we can see the whole red eclipse unofficial forum as one huuuge Freudian slip! People saying all those nasty things they want to say in real life but don’t. If that’s true then which is more real, real life conversations or redeclipse.eu thread posts?! Scared for humanity now. Moving on… 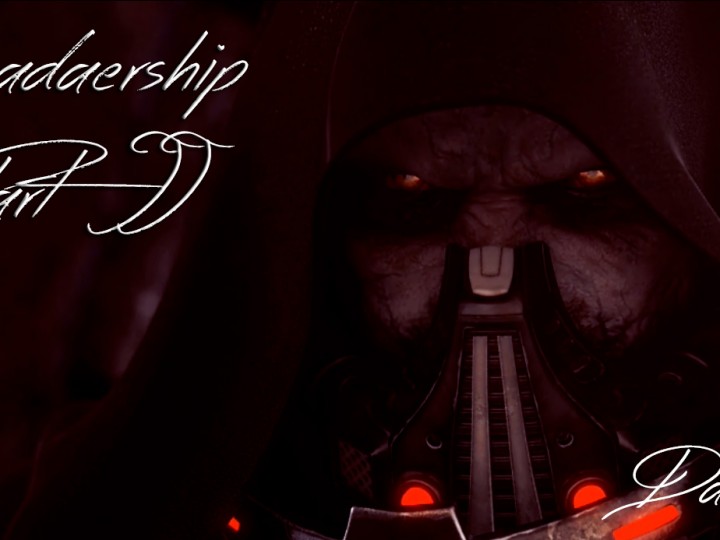