In addiction the brain is key. The neurotransmitter that is named most in this regard is dopamine. (Dopamine is not the whole story, but it plays an important role.) Dopamine is a neurotransmitter that – among other things – is involved in reward and motivation. Released to make you feel good, as a reward for certain behaviors and to motivate you to seek out those behaviors.

Substance use, each in its own way, ‘hacks’ the brain’s reward system and it generally does so more effectively and for a longer period of time than natural rewards would. For example: cocaine. Cocaine blocks the re-uptake of dopamine, resulting in much higher levels of dopamine in the brain, transmitting a lot more signals. This release, and this euphoric feeling, can be a stimulus for the brain to get into that state more often. Hey, it gave more rewards than food and sex combined! It must be important! We want more!

We can see the effects of substance use in research with rats, like drug self administration tests: revealing concerning the behavioral aspects of addiction. In one type of these, the rat is either receiving a shot of a drug, or a saline solution, depending on which lever he presses. Soon he learns the difference, and will from then on almost only press the drug lever. To exhaustion or death. (These days it is not allowed anymore to go that far.) Their brains certainly seem ‘hacked’ by drugs.

The same ‘hack’ effect is at work in behavior addictions. Let’s take gambling. Gambling has been around for a long time, sometimes with disastrous consequences. Think about playing roulette. Place a bet. The ‘rien ne va plus’. The excitement and butterflies of watching the ball spin. The slow ticks when the ball slows down, tick black, tick red, tick black. You win! The dopamine rewards you for the excitement and the win! And the funny thing is, it will reward you too if you miss. Because: you almost won! This mechanism is great as a motivator if you were a hunter and almost caught your evening meal: you almost had it, go try it again. But in gambling this doesn’t help you. It motivates you to bet more and more, all the way to financial bankruptcy.

Personal differences aside; not everybody feels or enjoys the same rush at the roulette table, it is a possible reaction for the human brain to get addicted. Not everybody gets addicted to gambling though, nor to cocaine for that matter. Is this all down to physiological differences?

Back to rat research. In the seventies Bruce Alexander created a different rat experiment. He thought that the rats in experiments found themselves in a pretty bad situation to begin with. A solitary, small cage, nothing to do, in other words awful circumstances for a social, curious creature. Drugs certainly couldn’t make their situation any worse.
What would happen if the rats were in a fulfilling environment? To answer that, he created Rat Park. An environment where the rats could interact, play and explore. A so called enriched environment. Next to that, there was the ‘normal’ experimental set-up; a solitary, small cage. Enter drugs. The rats in Rat Park were not that into it. But the other rats were, oh yes, they were getting high all day.

Then he did a new experiment: first he made all rats physically dependent on drugs, followed by days that they could choose for themselves to take it or not. The Rat park ones took much less of the drug (even though having withdrawal symptoms), they were trying to get away from the drug. The other rats on the other hand heightened their doses.

The Rat Park rats went to ‘rehab’ immediately and naturally. Drugs apparently didn’t feel that good. I suspect that most addicts experience this ‘not that good’ feeling. (Drugs have a kind of evil persuasion, as Gorgias noted.) An addict gives in to a drug, let it be a substance or a behavior, and goes for his fix, his numbed bliss, while also experiencing that it is harmful. A paradoxical state. Is it because the addict senses that the world has little to offer him at the moment? Is addiction a coping strategy, spiralled out of control?

What about gaming addiction?

Aspects of games are so powerful that they are used to help quit other addictions: 12-step programs. In other words leveling. Combined with a story line: you start your quest in an infantile state. Step one: admitting that you are not in control. The substance is. The bad guy. Doing bad stuff to you. You: a baby, an innocent. You need to find good parents (God, therapists, social networks) who will protect you and guide you, giving you little tasks to complete, on the road to adulthood; to beating the bad guy (who will always be lurking in the dark to get you).

Games tap in to a lot of psychological (‘healthy’) mechanisms that we are hardwired to respond to.

But games can lead to personal distress and harmful consequences: lack of sleep, not eating/drinking properly, playing longer than intended, canceling appointments to be able to play, playing instead of studying/working/practicing, playing such amount of time that it causes problems with your relationships/family, thinking about the game when you are not playing, crave playing, etc. And sometimes leading to death by exhaustion.

The number of gamers who get addicted vary from 1% to 12%. There is more clarity about which type of games are most addictive. Online games are more addictive than offline games. Elements of an online game:

Of the online games, MMO’s are most addictive of all. In an MMO you can do a variety of things. You create and control your avatar (their choices in quests, what they will do, etc). Immerse yourself in their life and explore the world. You can work and communicate together to fight your way through all content and get the best rewards. You can be part of a guild and socialize. You can look at your achievements and see your progress in various stats. You can have a profession and trade. You get little rewards with every step you take. The amount of time you invest always pays of. The more time you play, the better your gear, points, and recipes will be (even if you are not good at the game).
In a MMO there is always a reason to keep playing.

A MMO is like Rat Park. It is an enriched environment. With a lot of stimuli (also literally: visual, sounds, things moving around): you can explore, be social, become better on a task and go on adventures. All things that get the dopamine flowing. All things that count towards a fulfilled life, and which should motivate us. It makes us happy to be social, to be curious, to accomplish things. And in many ways a MMO is better at stimulating us than irl, where you don’t get rewarded for every little step, which is not a completely controlled environment where you know what to do and where you stand, where you don’t always get second chances, where time invested doesn’t always pay of, and where there are not necessarily people around at five in the morning to hang out with. Life 2.0.

The various activities and mechanisms that trick you into playing more, attract different types of personalities. Gaming addiction has been associated with a myriad of traits: depression, ADHD, addictive personalities, the emotionally unstable, introverts, neurotics, social anxiety, inadequate self-regulation, low self-esteem, low emotional intelligence, anxiety in general, loneliness, narcissistic personalities, aggression, lower life satisfaction, decreased psychosocial well-being.
All of which may make it more difficult to have meaningful experiences and relations in real life.
There for grabs in a MMO.

But, it is not real.

Is that bad? Depends: does it make you feel good, or ‘not that good’ to play?

Gaming can drug and bewitch you with a kind of evil persuasion. And if it does, you already know it. 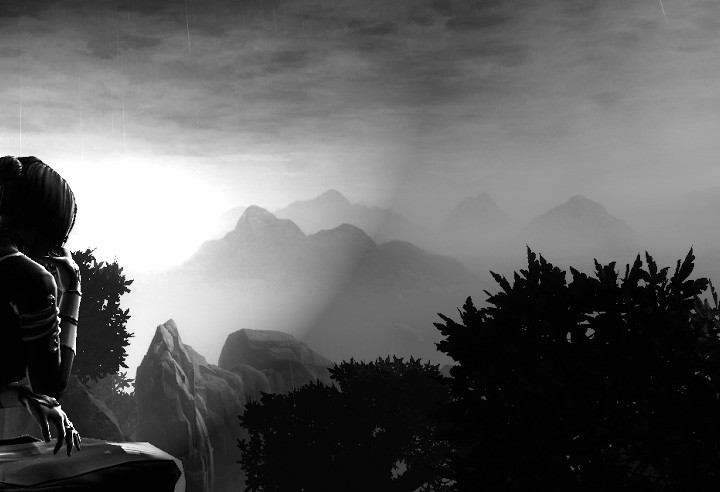 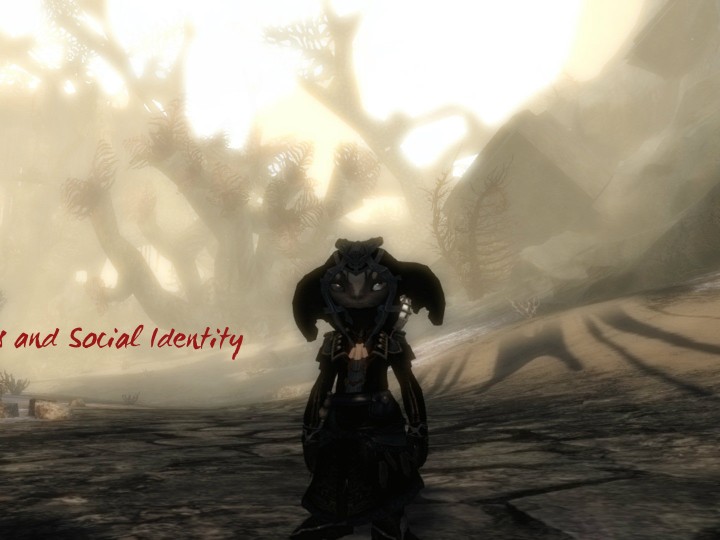