A lot of research done on gaming is focused on its harmful effects. Our self-esteem and social life is known to suffer especially from MMOs. So why do people want to game? Are we simply satisfying our human, self-destructive nature by doing so? Or is it just maybe possible that gaming can have positive effects on its “victims”?  Could it help us better our image of ourselves?

Last week I wrote an article regarding some research done by Barmy on the connection between online gaming, self-esteem and escapism. If you haven’t read it yet, you can do so here. After looking closer at this subject and discussing it further with Barmy a lot of thoughts came to me. In this part two of the article I will explore these questions and reflect deeper on my own ideas about gaming and how it relates to self-esteem.

Since the popularity of online gaming increased MMORPGs have gotten a lot of negative attention. The toxic effect these games have on a person’s life seem to be a great concern for many, not least scholars. Back in 2000 Putnam spoke of this concern in his ‘‘bowling alone’’ hypothesis which suggests that medias such as television and video games are replacing crucial civic and social engagement in a harmful way. He drew the connection between the generally declining social life in America and the increased popularity of televisions – a statement that cannot be claimed false. Some would however argue that socially interactive media (such as certain online games) is an exception to the rule. For an example, according to researchers Constance Steinkuehler and Dmitri Williams, MMOs are not the awkward shackles of social isolation they are made out to be, but rather an thriving environment of interactions across cultures.

Yes, it is true that gaming is built on a psychological reward system (especially MMOs) which has us hooked and more easily addicted than other activities. But what about the redeeming factors? Online virtual environments provide a place for you to meet people you would never otherwise have met or interacted with. The greatest challenges in MMOs cannot be accomplished alone. We are encouraged by these games to work as a team with people of different creeds and nationalities. Your skin colour or your gender, your sexuality or your beliefs, they don’t matter the least when we group up to kill a world boss. This way we learn to value and practice things like leadership, diplomacy and teamwork, often with people we have nothing in common with outside of the game. We also get to work on our social skills, something which is deeply beneficial especially for people struggling with social anxieties.  One advantage of this social setting is the lack of physical visibility. We are forced to ignore our shallow desire to quickly judge someone by their appearance and to relate to the people we ‘meet’ based on how they act or what they say. In real life we easily dismiss people we don’t yet know based on superficial reasons. This is a strain which is naturally removed from in-game relationships and as others around us start to accept us, not for what we look like but who we are, so will we.

We are also in control of the gender we choose to play. This can be seen to have a positive effect on gender representation in games. Most video games are still revolving around a male protagonist but in MMOs the choice is ours. We can choose to play a strong female character who is equal to the male characters in every way when it comes to skill, ability and courage. How does this effect female gamers?

Let’s have a quick look at the study “Know Thy Avatar: The Unintended Effect of Virtual-Self Representation on Behavior”. In it experiments were conducted in order to test the gamers’ post-game attitudes. The results confirmed that the character a person plays, even for a short amount of time, effects our personalities after we stop playing. By being in control of a specific avatar people began to behave in ways that conformed to that virtual identity they had adopted while playing. On the other hand the people who only observed the avatars passively without actually interacting with the game were hardly effected at all. With this study in mind, the importance of how gender is represented in gaming feels suddenly even more important than it’s ever done before. It also makes me think that MMOs can have a very positive effect on the self-esteem and confidence of female gamers.

This brings me to the question presented by Barmy in my interview with him. Why do female gamers according to the statistics prefer to play healers in MMOs with a trinity role system? As you can probably tell by now my hypothesis is that we use gaming as a way to boost our self-esteem – not to tear it down. (This might not always work in our favour if we for example become addicted, but I do believe it is our subconscious intention when we start out.)

According to Barmy’s research the role of the healer was dominated by both a low self esteem score as well as a high escapism score. One could see how an individual with a high escapism score would be drawn to improve that low self esteem in a virtual reality like an MMO. This would be preferable rather than dealing with the the problem in real life where the challenge might seem overwhelming.

Looking at the differences in self-esteem between men and women (which I will probably be crucified for even mentioning, but here we go) we can see a few socially constructed differences. Self-esteem in males is usually built upon the idea of two things, achievement (i.e. being successful) as well as being a provider for someone else who is able to depend on them. This we can see confirmed in Barmy’s research where the results show that “lower self-esteem scores were most commonly found in unemployed, single males”. This might also suggest that tanking is a role that might help a male player develop and build on a more positive image of himself in regards to being dependable and leading the way. The healing role might also satisfy the connection to being a dependable provider and the DPS role might meet the need of achievements and being successful/competitive.

So what are women conditioned to get a sense of self validation from? Generally women are encouraged from a very young age to be supportive, calm, kind, not indulge in violence or express aggression, rage or anger. They feel accepted and a sense of value when they care for others altruistically whilst boys are mostly praised for achievements. So if a woman wants to build on her self-esteem through escaping into the world of online gaming then it might seem natural that she would do so through healing. Also worth mentioning is the “life giving” qualities of the healing role which possibly might add to a sense of self worth especially for females but I personally feel this is a little far fetched. Having spoken this much about gender stereotypes I obviously need to clarify that everyone is different and not all have been conditioned the same way, neither do the ones that have necessarily respond to said conditioning the same way. Take me for example, I am a female gamer yet I’d rather do something extremely painful, like sticking sharp, pointy objects into my eyes, than heal. Exaggerated maybe but you get the gist. This is just me exploring the possible reasons behind the tendencies shown in the statistics which cannot be denied. Something makes women want to heal. What is it? My above theory is just that – a theory. I would love to hear the readers thoughts on what they believe to be the underlying reasons. In the end, I personally think it ties back into what I mentioned earlier – a desire to build upon and improve ones self-image through gaming.

A lot of people would argue that these virtual environments or ‘‘pseudo’’ communities are a cause for concern. However (just as Steinkuehler and Williams pointed out in their article in 2006) labeling these social groups as ‘‘bad’’ or “socially destructive” without first looking closer at the functions which it is actually able to fulfill shows a strong bias towards civic activities and real life social bonding. Why is this? Why do people have such a strong prejudice against online communities and MMOs before they have experienced them first hand? The Internet’s capacity of connecting people across time and space, creating social networks and bridging class and racial gaps is completely overlooked and unappreciated. Of course a gaming addiction, like any addiction, is not healthy. The connection between decreasing self confidence in real life and the amount of time we spend in-game cannot be ignored. As we build on our social identity in-game we tend to neglect it in real life. Sooner or later our self-esteem will suffer from this. However, this is true for all activities or addictions we indulge in excessively. It doesn’t mean the activity in itself is inherently “bad”. If we can help build on our self acceptance through gaming and bring that new found confidence out into the real world then how can it be anything but good for us?

What do you think? Are we using gaming as a way to improve our self-esteem or is it slowly wearing our confidence down? Through gaming, are we running away from ourselves or running towards our ideals? 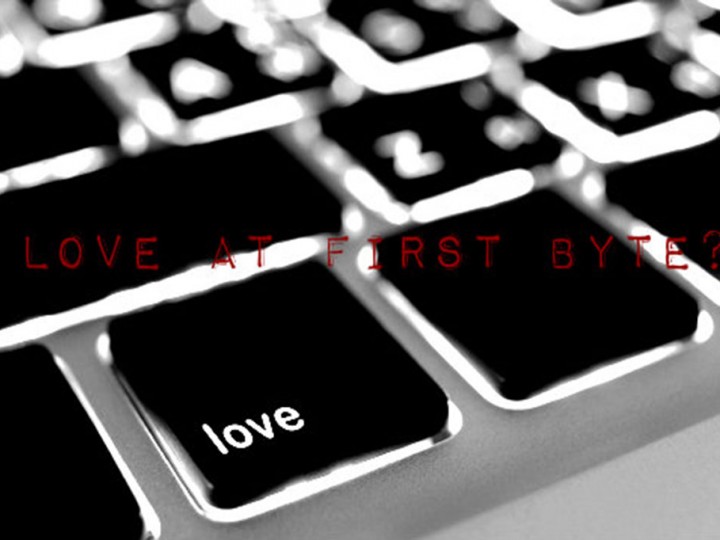