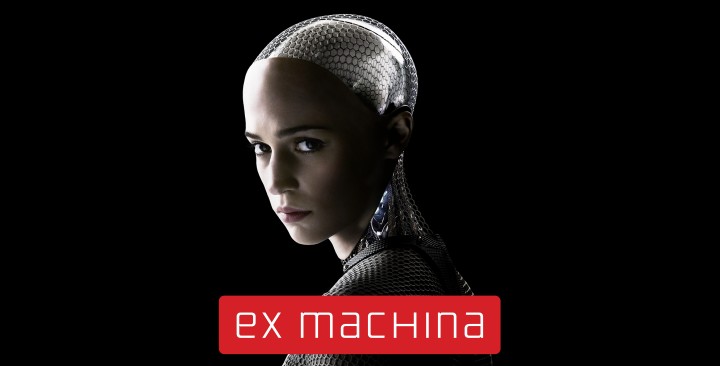 The words attached to the movie (assumingly by it’s PR crew) reads “There is nothing more human than the will to survive”. I would have to disagree if this means to suggest that the true motivation behind Ava’s actions was survival. The will to survive might have been present but it seems to me that as the story develops it is the profound desire to be free that drives Ava. This need of freedom, of releasing oneself from the shackles in Plato’s cave, is in my opinion one of the greater themes of the movie itself. Just like the allegory of the cave we are sucked into the story by the captive who we victimize and want to see set free and by the philosophical issues addressed to us. This technique has been utilized in other films such as The Matrix. It is a method of storytelling I have always had a weakness for.

One of the first questions I found I asked myself at the end of the film was “Why did Nathan choose to make all of the robots female?”. The very literal objectification of the woman and the female body is an interesting aspect to consider.

CALEB (CONT’D)
My real question was: did you give her sexuality as a diversion tactic?

CALEB
Like a stage magician with a hot assistant.

Why Ava was female is thoroughly explained and the reason behind Kyoko’s gender is also clear since there’s a sexual aspect to her relationship with Nathan. But what about the rest? Was a kind of Turing Test done on all of them? As we watch the movie that is not the impression we get. So why were they all female? Is it a means to emphasis the underestimated intelligence in Ava and the arrogance of Nathan? Women are traditionally perceived as feelers, not thinkers. They are expected to act more like Caleb did in the end, making decisions based on compassion and emotion rather than reason. Another important theme in this movie is surely the hubris embodied by Nathan. He introduced Caleb to Ava as a means for her to escape only to test her artificial intelligence. He never perceived this as an actual risk. He never thought she could succeed and outsmart her own creator. Maybe this suggests that Caleb and Nathan were both equally distracted by “the magicians assistant”.

Something else I found interesting was the power play between the three main characters. In the beginning Ava is the powerless victim. Even Caleb, seemingly awkward around humans, is comfortable in the presence of this imprisoned robot.  He has no problem asking her questions he might have been shy asking a co-worker over their lunch-break. From the start of the movie Nathan holds the power of the quality of Caleb’s and Ava’s existence. To speak in wolf terms we have a hierarchy with a clear Alpha, Beta and Omega. In the very end this changes drastically as Ava takes the role of the Alpha. I can’t help but wonder why Nathan seem to suddenly fear her once she steps out of that room and leaves imprisonment behind. Nathan has been alone in the same room as her before but never seemed to fear for his safety. Is her artificial physicality superior to his to the extent that he should fear her? Why did he never seem to do so before? Was it all a game of chess where Nathan knew Ava would not touch him as he was her only way out? I’m still not completely clear on this.

Ex Machina successfully blurs the lines between humanity and programming. Instead of asking how artificial intelligence resembles humans and their behavior why don’t we turn this question upside down and ask ourselves how we resemble artificial intelligence for a minute. Maybe the question shouldn’t be if Ava would pass the Turing Test, maybe the question is if Nathan would. I will continue writing about this in my next post “Thoughts on A.I. – A journey through fictionalized philosophy“. 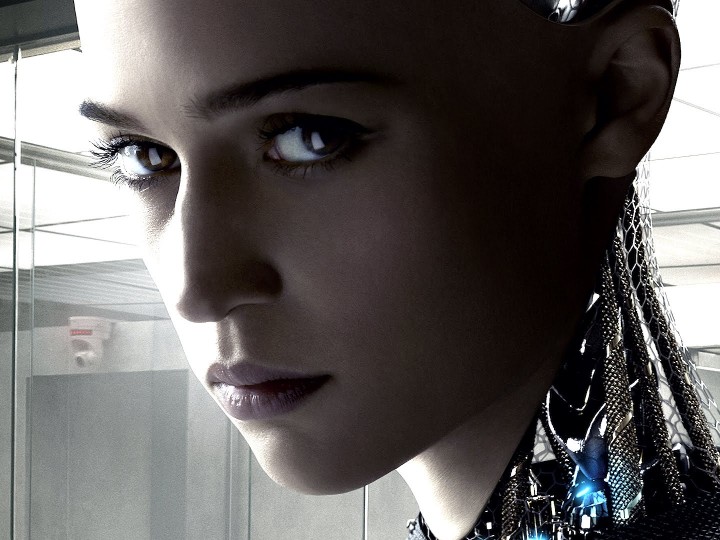