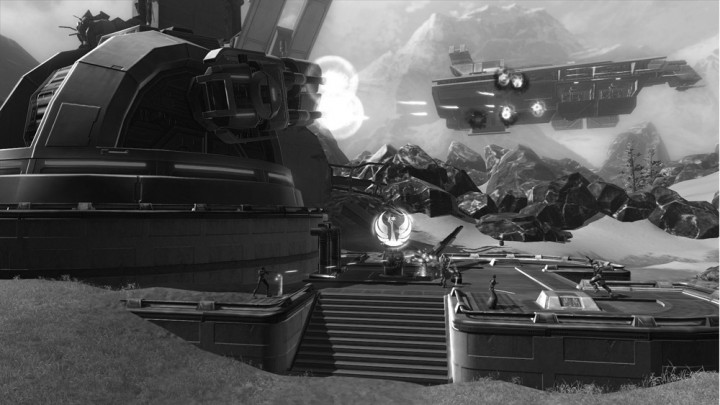 So, it turns out, it is going to be one of those Civil Wars, when no one can cap the middle node, you realize the fact, that you’re stuck here for a while. You’d love to say someone should replace you at the node, cause, well, obviously the team’s dps is not good enough, and naturally, you could make it better. Naturally. But you’re a good shadow, and don’t say a word. They put you on guard duty, so what do you care anyway? Let them suffer and rot in the deepest holes of Hell. Wait… There is no emotion, there is peace. Just take a deep breath and accept your fate!

Now that you’re back to being a disfunctional hippie, you’re slowly, slowly, getting bored. It’s 430-420 to your team, damn you’re so cool, capped faster, but that also means, it’s still a long way to go.  To kill time, you start to look for something to do. Have you ever realized, that the whole place actually looks like a huge hornet’s nest? No? You should look up sometimes, not just in front of you, and til your nose ends. Then you start to count the stairs (36), which means it’s 72 in the whole warzone: side nodes together, since there are no steps in middle as far as you remember. Then the tiles on the floor. You get to 23, when you notice an assassin lurking around. You call „grass 1” in ops chat, and the next moment you get sapped by mentioned assassin and two operatives. You die before you could say „oops”. You suck! You type „3 grass” in chat, but you know it’s too late. Everything is lost, you failed. What was it again? Oh yes, you suck! The best thing is, your team still couldn’t cap middle, even with -3 players on imp side. It doesn’t matter though, everything is your fault. As you take the speeder, you start to wonder: Why do we actually call the nodes grass and snow?

There must be someone, who called them that name first, then it spread all over the servers. One day, it was left and right or east and west, then the other day its grass and snow. So what is the missing link?

Guess what! No one knows. You didn’t see that coming, eh? It’s a great mystery, just like the missing link in human development. Okay fine, that might be an overstatement, but come on! Have you never wondered where it came from? If you say „No, I haven’t”, you’re either a liar, or you never get the chance and honour of guarding. Or… you get the chance, you just decide not to live with it. One thing is sure, someone named those poor nodes Grass and Snow, either because (s)he thought the sense of direction of fellow SWTOR players is way too impressive for West and East, or simply cause (s)he felt creative enough in that saint moment.

If you know a hot or cold lead, anything, please tell me in a comment!