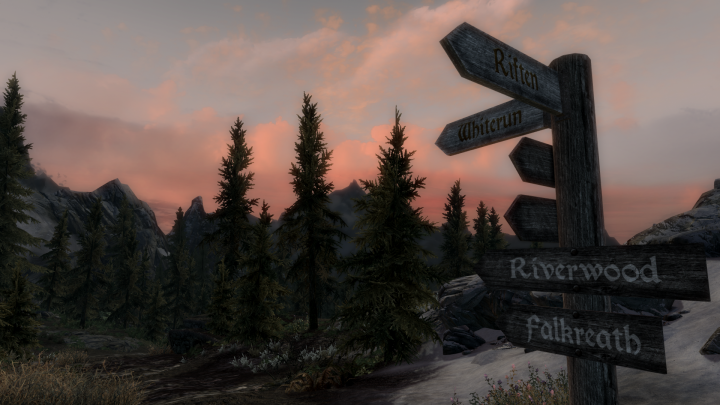 I used mods to reduce the carry weight of the various junk to zero and cheats to give me great wealth, to negate the need to loot every urn along the way, in the hope that would speed things up as I worked my way around the map. It had the opposite effect – having limitless funds and the ability to carry several thousand pairs of bandit shoes seemed to deflate my sense of challenge like a car tire with a not-so-slow puncture. As soon as I did that, I felt like it was just a matter of time until I ran out of caves and urns and the point of going there and looting them was entirely lost.

I was not, in any way whatsoever, invested in the the story of the Nords vs the Imperials and kept googling “who are good guys nords imperials skyrim” etc to find other people to tell me who I should side with. The reason: I felt compelled to complete every side quest and loot every minor potion of magicka in Tamriel BEFORE I started the game ‘properly.’ As though the game had a prologue consisting of 96% of its enormous content.

I tried to do the whole Dragon Born thing. I went to see the monks and then the Blades and enjoyed it. However, it took me hundreds of in game hours because the quest was geographically diverse and I couldn’t wander past a random bandit castle without having to clear it completely. “Never should have come here!” the bandits would curse. “You’re not wrong, mate” I started to think.

Similarly, I was playing Dragon Age Inquistion: The Descent recently. Inquisition and its DLCs are a bit more narrative driven than Skyrim and, like the superb Witcher 3, has plenty of open world and side quests. I enjoy the setting of both games and for me both hover around the “omg there’s too much, I have to stop playing because it feels like a job” level without crossing too far over that particular line. As I was playing the Descent and enjoying it, I made sure to search for the random collectible whatsits (wheels, from a gear mechanism iirc) that the developers dropped in to hurt obsessive completionists like me. All was well, enemies were dieing, whatsits were being collected and then…bam.

A door. I couldn’t open. Insufficient whatsits. I felt the enjoyment drain away. It took around three seconds and I physically felt it. I already knew the steps of the internal brain-dance that followed:

Brain: Option 1, go back and look for more thingies.
Me: No way. If I do that, I will have to cover every single inch of the five levels I have already done. No.
Brain: Option 2, google it and see if there is a map with the locations on it.
Me: Nope. I will still have to go to every location, because I don’t know which ones I have and don’t have. And I will have to plot the most time efficient route to cover the map from point to point, or it will irritate me. No dice.

So I switch it off. I have occasionally thought about carrying on, followed by a small feeling of excitement and then…over the course of about three seconds…the excitement leaves and my innertube of enjoyment rapidly deflates like a whoopie cushion that has been stabbed by a broadsword. That is to say quietly, with an unsatisfying thhhrrbbpbpbpbp sound.

I won’t bore you with the rest, but suffice to say, my list of favourite single player RPGS is as follows:

Witcher 3 (not completed, want to romance Yen and don’t want to go back and redo all the stuff after Triss, cos I got carried away and told her I love her in order to get sex. Art imitating life, yet again.)

Dragon Age Origins (Completed 5 times. Have scientifically plotted most efficient route to see every corner and kill every enemy in shortest possible time. Haven’t watched a conversation without skipping since 2011. My Warden’s got places to be, approval points to earn and darkspawn to kill. No time for chit chat.)

Kotor 2 (Completed 3 times. Have downloaded restored content mod but haven’t started playing. Have forgotten where all the stuff is and don’t want to risk missing out on any stuff.)

Kotor (Completed twice, totally immersed and without pausing for food or sleep. It was a simpler time when I could just enjoying being a god damn jedi. Plus it had no inventory restrictions <333)

Dragon Age Inquisition (Completed once, half way through second play through. Stopped playing because I don’t want to ‘waste’ eleven minutes backtracking for moar thingy-ma-jigs in The Descent.)

Skyrim? lol no. Stopped. Too many brooms to loot from too many urns m8.

Fallout 3? lol no. Stopped. Too many clipboards to loot from too many cupboards m8.

So there you go. Perhaps you brainiacs can tell me what this means about me? What kind of monster am I?

I loathe things that are time inefficient, I treat my RPGs like I’m project managing it to completion rather than playing the game, I genuinely love the moments when I be immersed but I find immersion to be a cruel mistress. As soon as I get the “Inventory Full” message on screen I stop, look in disgust at the screen, ponder the meaning of life and close the game. I always make sure to save before I do though. Because it feels like time stops for that game and that character if you shut the game. And if time has stopped, well, it can’t be time inefficient, can it? 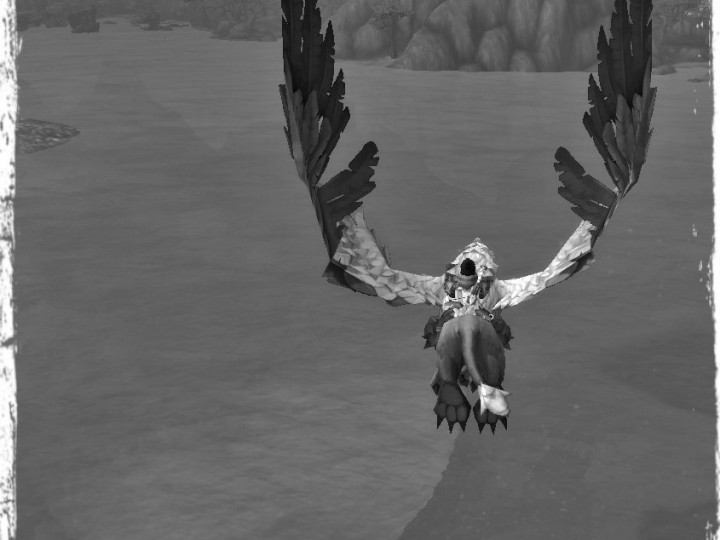 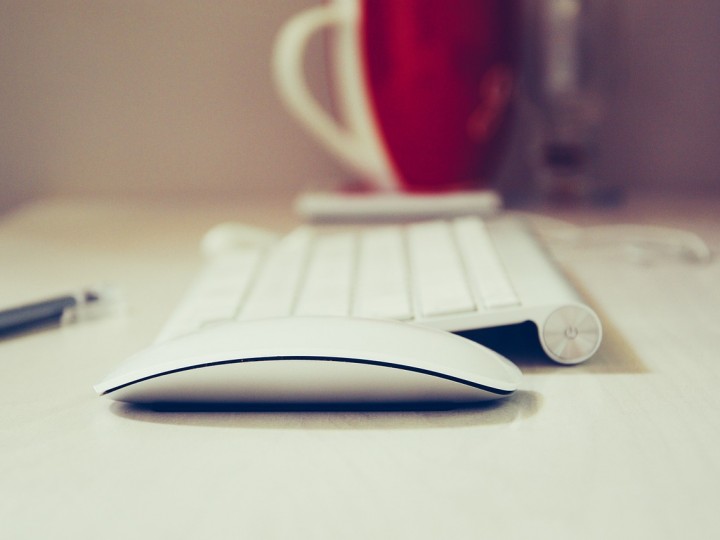